From the Germanic name Hrodebert meaning "bright fame", derived from the Germanic elements hrod "fame" and beraht "bright". The Normans introduced this name to Britain, where it replaced the Old English cognate Hreodbeorht. It has been consistently among the most common English names from the 13th to 20th century. In the United States it was the most popular name for boys between 1924 and 1939 (and again in 1953).This name has been borne by two early kings of France, two Dukes of Normandy, and three kings of Scotland, including Robert the Bruce who restored the independence of Scotland from England in the 14th century. The author Robert Browning (1812-1889) and poets Robert Burns (1759-1796) and Robert Frost (1874-1963) are famous literary bearers of this name. Other bearers include Robert E. Lee (1807-1870), the commander of the Confederate army during the American Civil War, and American actors Robert Redford (1936-), Robert De Niro (1943-) and Robert Downey Jr. (1965-). 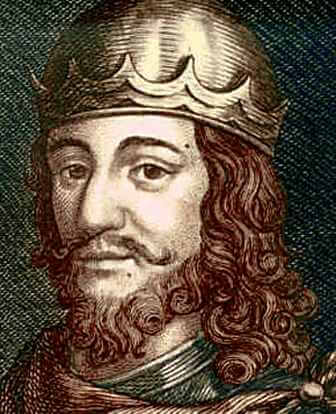 Robert the Bruce of Scotland