English form of Latin Lucas, from the Greek name Λουκᾶς (Loukas) meaning "from Lucania", Lucania being a region in southern Italy (of uncertain meaning). Luke was a doctor who travelled in the company of the apostle Paul. According to tradition, he was the author of the third gospel and Acts in the New Testament. He was probably of Greek ethnicity. He is considered a saint by many Christian denominations.Due to the saint's renown, the name became common in the Christian world (in various spellings). As an English name, Luke has been in use since the 12th century alongside the Latin form Lucas. A famous fictional bearer was the hero Luke Skywalker from the Star Wars movies, beginning in 1977. 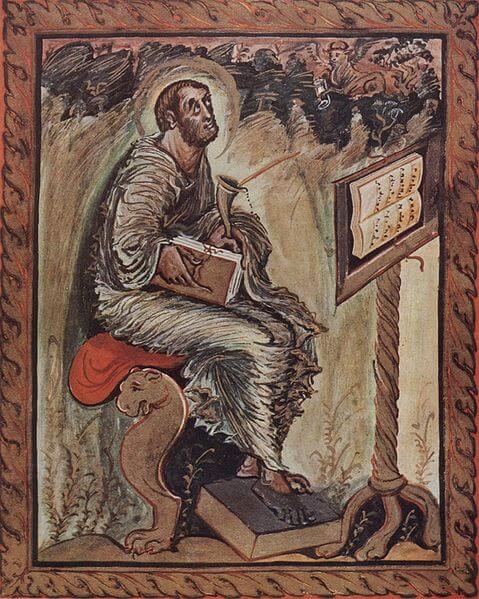 Depiction of Luke the Evangelist from the 9th century