From the Roman name Augustinus, itself derived from the Roman name AUGUSTUS. Saint Augustine of Hippo was a 5th-century Christian theologian and author from North Africa. For his contributions to Christian philosophy he is known as a Doctor of the Church. Due to his renown, the name came into general use in the Christian world. It became popular in England in the Middle Ages partly because of a second saint by this name, Augustine of Canterbury, a 6th-century Italian monk sent to England to convert the Anglo-Saxons. 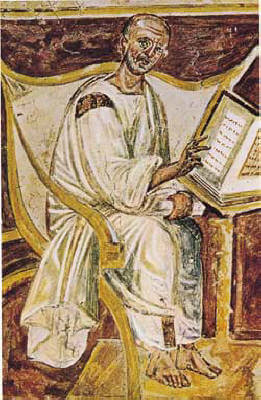