Means "from the city of Sparta" in Latin. Spartacus was the name of a Thracian-born Roman slave who led a slave revolt in Italy in the 1st century BC. He was eventually killed in battle and many of his followers were crucified. 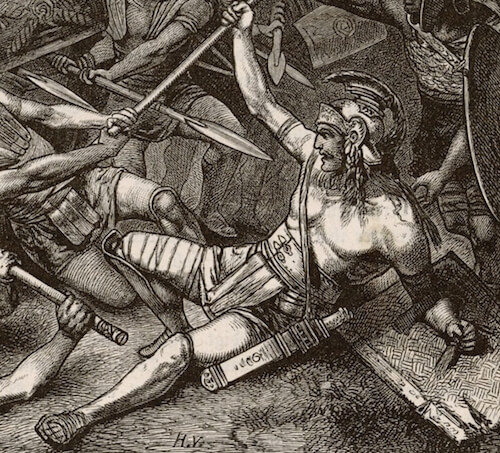 Detail from The Death of Spartacus by Hermann Vogel (1882)