From the Greek name Δαμιανός (Damianos), which was derived from Greek δαμάζω (damazo) meaning "to tame". Saint Damian was martyred with his twin brother Cosmas in Syria early in the 4th century. They are the patron saints of physicians. Due to his renown, the name came into general use in Christian Europe. Another saint by this name was Peter Damian, an 11th-century cardinal and theologian from Italy. 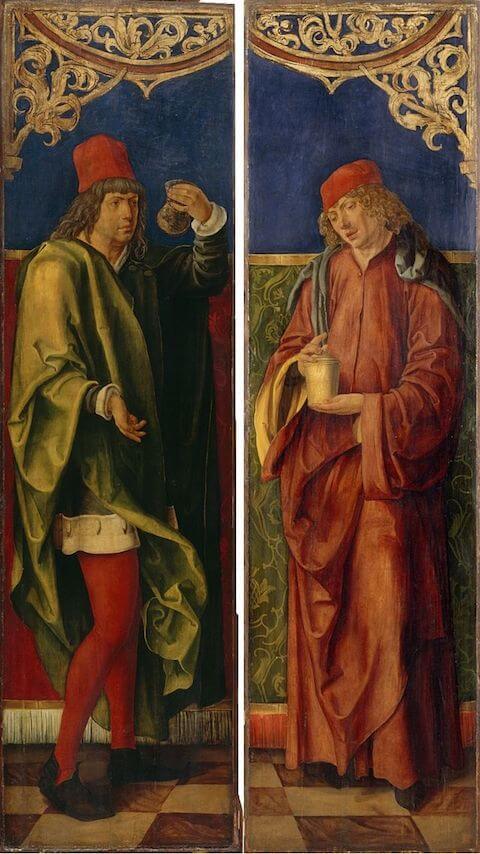 Depiction of Saints Damian and Cosmas by Hans von Kulmbach (1508)