From the Germanic element hug meaning "heart, mind, spirit". It was common among Frankish and French nobility, being borne by Hugh Capet, a 10th-century king of France who founded the Capetian dynasty. The Normans brought the name to England and it became common there, even more so after the time of the 12th-century bishop Saint Hugh of Lincoln, who was known for his charity. This was also the name of kings of Cyprus and the crusader kingdom of Jerusalem. The name is used in Ireland and Scotland as the Anglicized form of Aodh and Ùisdean. 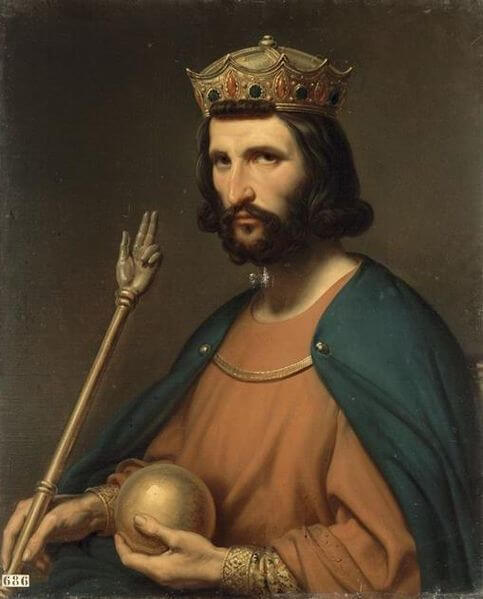