This name was first used in this form by Shakespeare in his play The Merchant of Venice (1596), where it belongs to the daughter of Shylock. Shakespeare probably based it on the biblical name ISCAH, which would have been spelled Jescha in his time. It was not commonly used as a given name until the middle of the 20th century. It reached its peak of popularity in the United States in 1987, and was the top ranked name for girls between 1985 and 1995, excepting 1991 and 1992 (when it was unseated by Ashley). Notable bearers include actresses Jessica Tandy (1909-1994) and Jessica Lange (1949-). 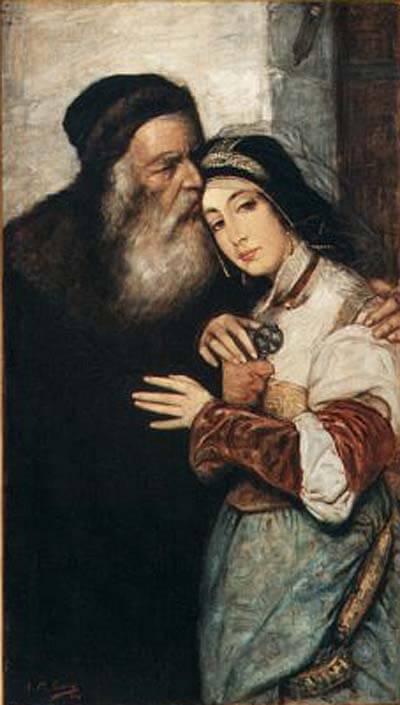 Shylock and Jessica (1876) by Maurycy Gottlieb, an image from The Merchant of Venice