Derived from Sanskrit शकुन्त (shakunta) meaning "bird". This is the name of a character in Hindu legend, her story adapted by Kalidasa for the 5th-century play Abhijnanashakuntalam. It tells how Shakuntala, who was raised in the forest by birds, meets and marries the king Dushyanta. After a curse is laid upon them Dushyanta loses his memory and they are separated, but eventually the curse is broken after the king sees the signet ring he gave her. 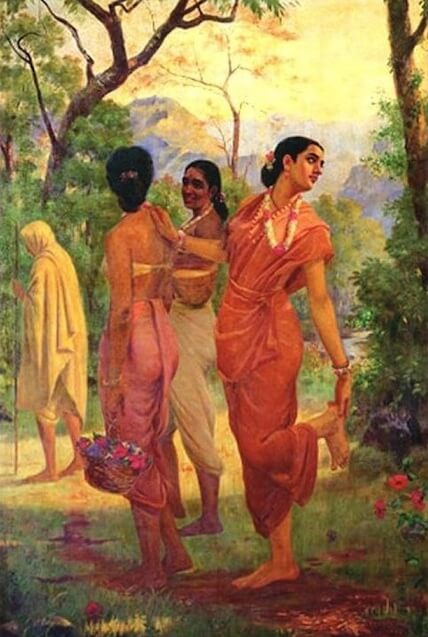 Shakuntala looking back to glimpse Dushyanta by Raja Ravi Varma (1898)