Derived from the Germanic elements sigu "victory" and frid "peace". Siegfried was a hero from Germanic legend, chief character in the Nibelungenlied. He secretly helped the Burgundian king Günther overcome the challenges set out by the Icelandic queen Brünhild so that Günther might win her hand. In exchange, Günther consented to the marriage of Siegfried and his sister Kriemhild. Years later, after a dispute between Brünhild and Kriemhild, Siegfried was murdered by Hagen with Günther's consent. He was stabbed in his one vulnerable spot on the small of his back, which had been covered by a leaf while he bathed in dragon's blood. He is a parallel to the Norse hero Sigurd. The story was later adapted by Richard Wagner to form part of his opera The Ring of the Nibelung (1876). 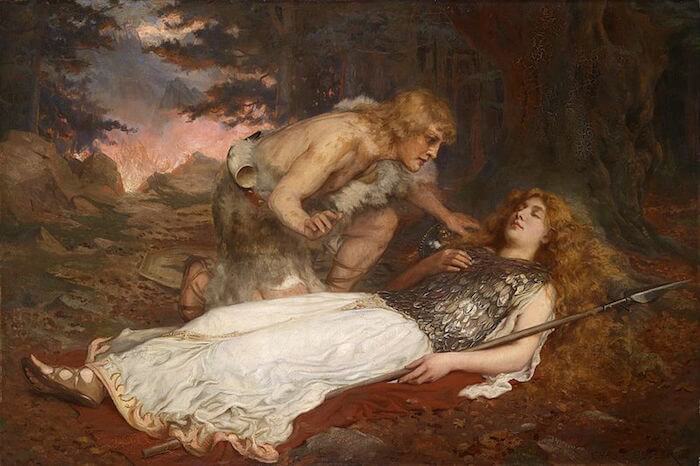