From the Old Norse name Sigurðr, which was derived from the elements sigr "victory" and varðr "guardian". Sigurd was the hero of the Norse legend the Völsungasaga, which tells how his foster-father Regin sent him to recover a hoard of gold guarded by the dragon Fafnir. After slaying the dragon Sigurd tasted some of its blood, enabling him to understand the language of birds, who told him that Regin was planning to betray him. In a later adventure, Sigurd disguised himself as Gunnar (his wife Gudrun's brother) and rescued the maiden Brynhildr from a ring of fire, with the result that Gunnar and Brynhildr were married. When the truth eventually came out, Brynhildr took revenge upon Sigurd. The stories of the German hero Siegfried were in part based on him. 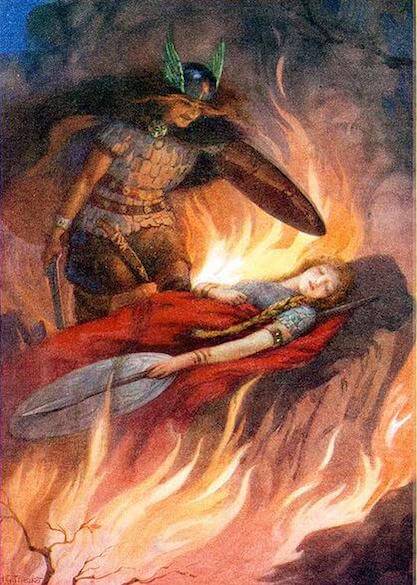 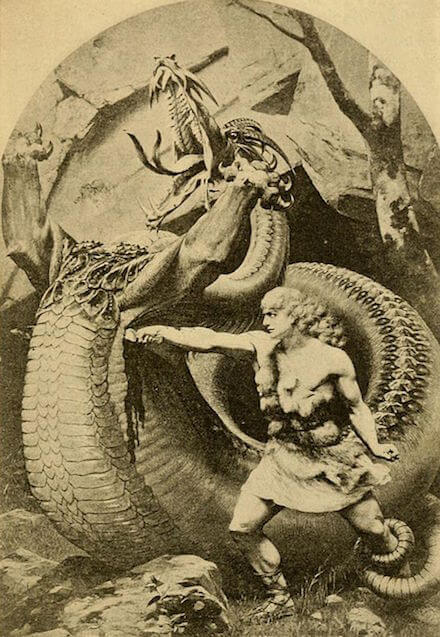