Meaning unknown. Athena was the Greek goddess of wisdom and warfare and the patron goddess of the city of Athens in Greece. It is likely that her name is derived from that of the city, not vice versa. The earliest mention of her seems to be a 15th-century BC Mycenaean Greek inscription from Knossos on Crete.The daughter of Zeus, she was said to have sprung from his head fully grown after he impregnated and swallowed her mother Metis. Athena is associated with the olive tree and the owl. 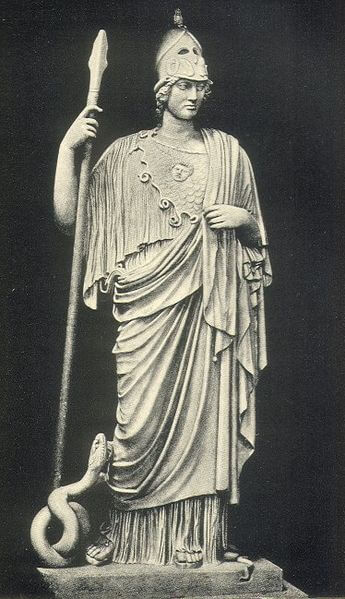 Sculpture of the goddess Athena