Roman form of Δαρεῖος (Dareios), which was the Greek form of the Persian name Dārayavahush meaning "possessing goodness", composed of the elements dâraya "to possess" and vahu "good". Three ancient kings of Persia bore this name, including Darius the Great who expanded the Achaemenid Empire to its greatest extent. His forces invaded Greece but were defeated in the Battle of Marathon.It has never been very common as a given name in the English-speaking world, though it rose in popularity after the middle of the 20th century. In Lithuania it may be given in honour of the Lithuanian-American aviator Steponas Darius (1896-1933), who died attempting to fly nonstop from New York to Lithuania. His surname was an Americanized form of the original Darašius. 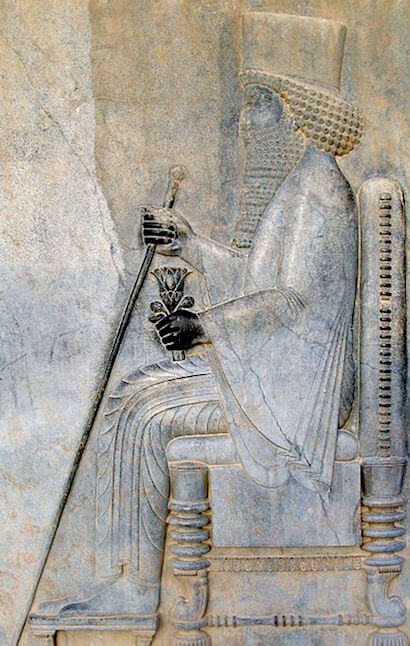 Relief of Darius in Persepolis ©