From the Greek name Κασσάνδρα (Kassandra), derived from possibly κέκασμαι (kekasmai) meaning "to excel, to shine" and ἀνήρ (aner) meaning "man" (genitive ἀνδρός). In Greek myth Cassandra was a Trojan princess, the daughter of Priam and Hecuba. She was given the gift of prophecy by Apollo, but when she spurned his advances he cursed her so nobody would believe her prophecies.In the Middle Ages this name was common in England due to the popularity of medieval tales about the Trojan War. It subsequently became rare, but was revived in the 20th century. 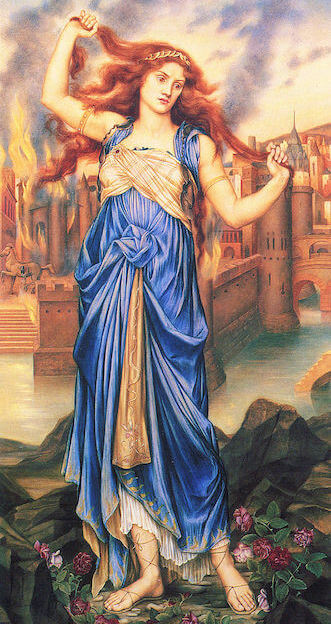