From the Hebrew name יְחֶזְקֵאל (Yechezqel) meaning "God will strengthen", from the roots חָזַק (chazaq) meaning "to strengthen" and אֵל ('el) meaning "God". Ezekiel is a major prophet of the Old Testament, the author of the Book of Ezekiel. He lived in Jerusalem until the Babylonian conquest and captivity of Israel, at which time he was taken to Babylon. The Book of Ezekiel describes his vivid symbolic visions that predict the restoration of the kingdom of Israel. As an English given name, Ezekiel has been used since the Protestant Reformation. 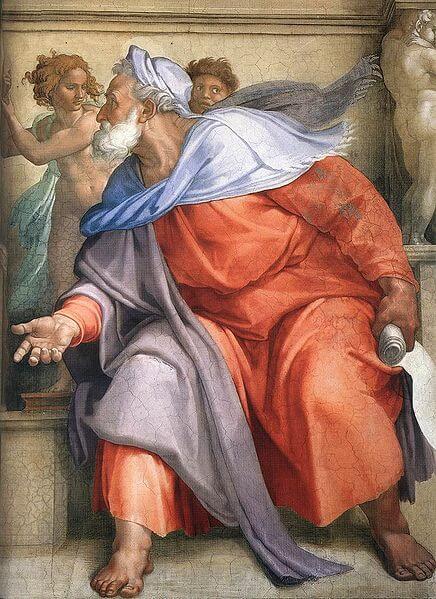 The prophet Ezekiel depicted by Michelangelo (1510)