From the English word heather for the variety of small shrubs with pink or white flowers, which commonly grow in rocky areas. It is derived from Middle English hather. It was first used as a given name in the late 19th century, though it did not become popular until the last half of the 20th century. 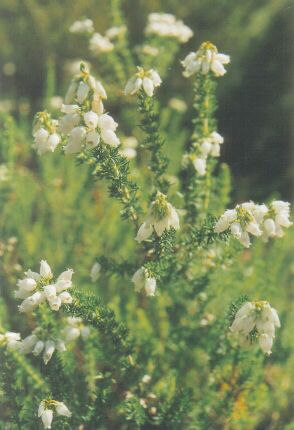