From Greek Εἰρήνη (Eirene), derived from a word meaning "peace". This was the name of the Greek goddess who personified peace, one of the Ὥραι (Horai). It was also borne by several early Christian saints. The name was common in the Byzantine Empire, notably being borne by an 8th-century empress, who was the first woman to lead the empire. She originally served as regent for her son, but later had him killed and ruled alone.This name has traditionally been more popular among Eastern Christians. In the English-speaking world it was not regularly used until the 19th century. 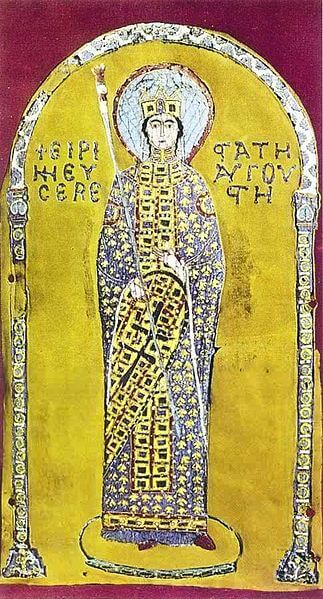