Means "black, dark" in Sanskrit. This is the name of a Hindu god believed to be an incarnation of the god Vishnu. He was the youngest of King Vasudeva's eight children, six of whom were killed by King Kamsa because of a prophecy that a child of Vasudeva would kill Kamsa. Krishna however was saved and he eventually killed the king as well as performing many other great feats. In some Hindu traditions, Krishna is regarded as the supreme deity. He is usually depicted with blue skin. 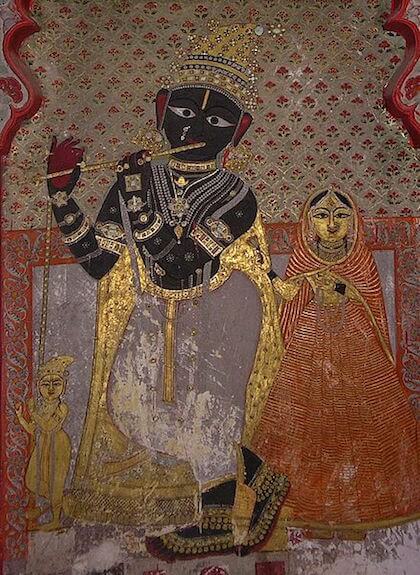