Possibly derived from Greek πόσις (posis) meaning "husband, lord" and δᾶ (da) meaning "earth". The name first appears in Mycenaean Greek inscriptions as po-se-da-o. In Greek mythology Poseidon was the unruly god of the sea and earthquakes, the brother of Zeus. He was often depicted carrying a trident and riding in a chariot drawn by white horses. 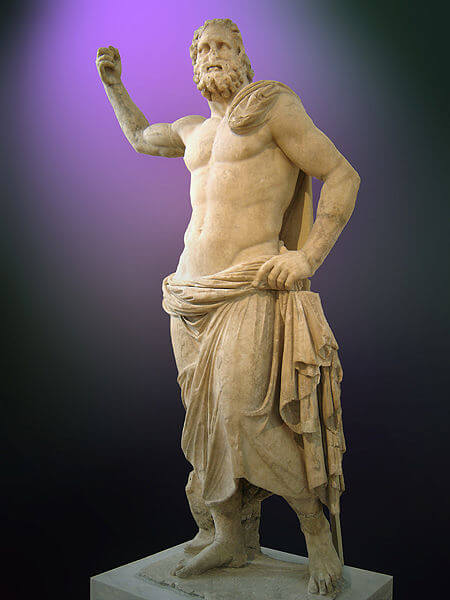 Statue of Poseidon from the 2nd century BC ©