From Ῥαμέσσης (Rhamesses), the Greek form of Egyptian rꜥ-ms-sw meaning "born of Ra", composed of the name of the supreme god RA combined with the root msj "be born". Rameses was the name of eleven Egyptian kings of the New Kingdom. The most important of these were Rameses II the Great who campaigned against the Hittites and also built several great monuments, and Rameses III who defended Egypt from the Libyans and Sea Peoples. 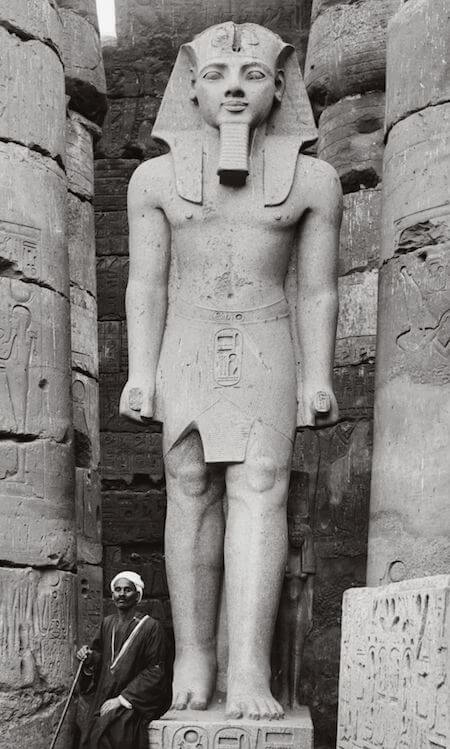 Statue of Rameses the Great