Of Japanese origin, possibly meaning "wild male, impetuous male". In Japanese mythology he was the god of storms and the sea, as well as the brother and adversary of the goddess Amaterasu. He was born when Izanagi washed his nose after returning from the underworld. After he was banished from the heavens, he descended to earth and slew an eight-headed dragon. 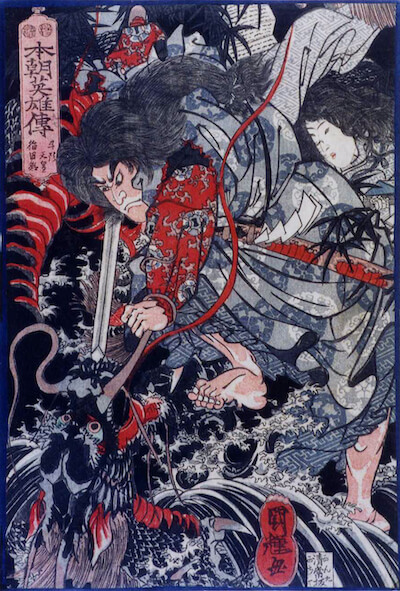