Possibly derived from Greek τίθημι (tithemi) meaning "to set, to place". Theseus was a heroic king of Athens in Greek mythology. He was the son of Aethra, either by Aegeus or by the god Poseidon. According to legend, every seven years the Cretan king Minos demanded that Athens supply Crete with seven boys and seven girls to be devoured by the Minotaur, a half-bull creature that was the son of Minos's wife Pasiphaë. Theseus volunteered to go in place of one of these youths in order to slay the Minotaur in the Labyrinth where it lived. He succeeded with the help of Minos's daughter Ariadne, who provided him with a sword and a roll of string so he could find his way out of the maze. 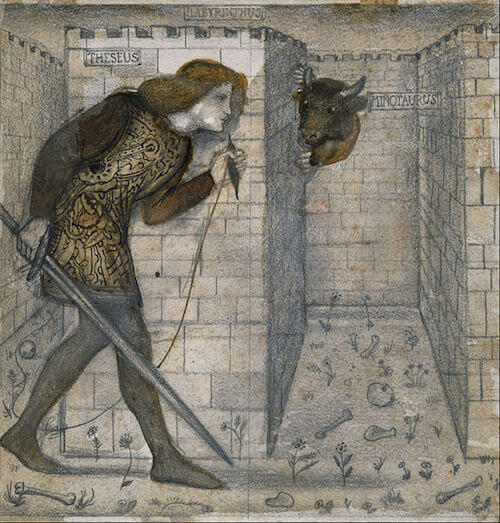 Depiction of Theseus from 1861