A name of the Hebrew God, represented in Hebrew by the Tetragrammaton ("four letters") יהוה (Yod Heh Vav Heh), which was transliterated into Roman script as Y H W H. Because it was considered blasphemous to utter the name of God, it was only written and never spoken, which resulted in the original pronunciation becoming lost. The name may have originally been derived from the old Semitic root הוה (hawah) meaning "to be" or "to become". 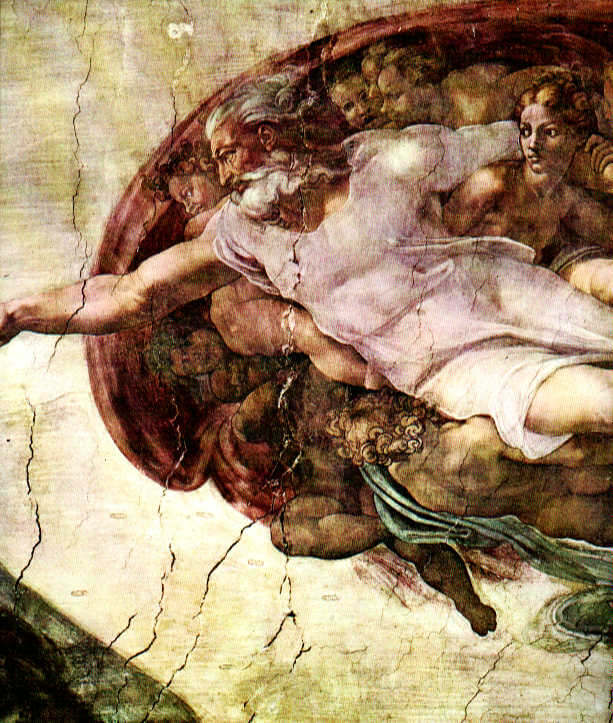 Depiction of God by Michelangelo, from the ceiling of the Sistine Chapel 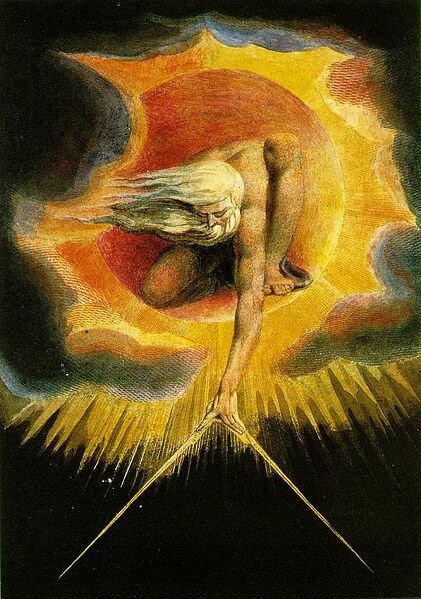 Ancient of Days, a depiction of the Judeo-Christian God, by William Blake (1794)