From the Hebrew name אֲבִיגָיִל ('Avigayil) meaning "my father is joy", derived from the roots אָב ('av) meaning "father" and גִּיל (gil) meaning "joy". In the Old Testament this is the name of Nabal's wife. After Nabal's death she became the third wife of King David.As an English name, Abigail first became common after the Protestant Reformation, and it was popular among the Puritans. The biblical Abigail refers to herself as a servant, and beginning in the 17th century the name became a slang term for a servant, especially after the release of the play The Scornful Lady (1616), which featured a character named Abigail. The name went out of fashion at that point, but it was revived in the 20th century. 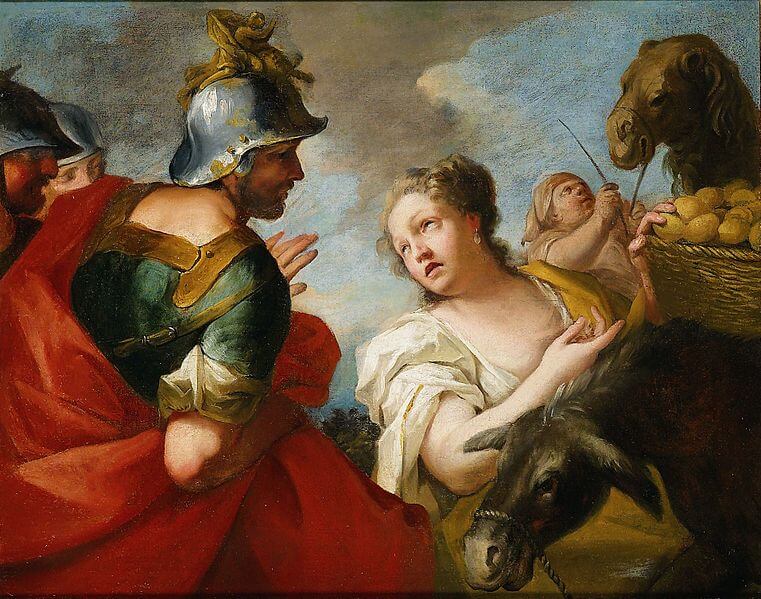 David and Abigail by Antonio Molinari