From the Roman cognomen Laurentius, which meant "from Laurentum". Laurentum was a city in ancient Italy, its name probably deriving from Latin laurus "laurel". Saint Laurence was a 3rd-century deacon and martyr from Rome. According to tradition he was roasted alive on a gridiron because, when ordered to hand over the church's treasures, he presented the sick and poor. Due to the saint's popularity, the name came into general use in the Christian world (in various spellings).In the Middle Ages this name was common in England, partly because of a second saint by this name, a 7th-century archbishop of Canterbury. Likewise it has been common in Ireland due to the 12th-century Saint Laurence O'Toole (whose real name was Lorcán). Since the 19th century the spelling Lawrence has been more common, especially in America. A famous bearer was the British actor Laurence Olivier (1907-1989). 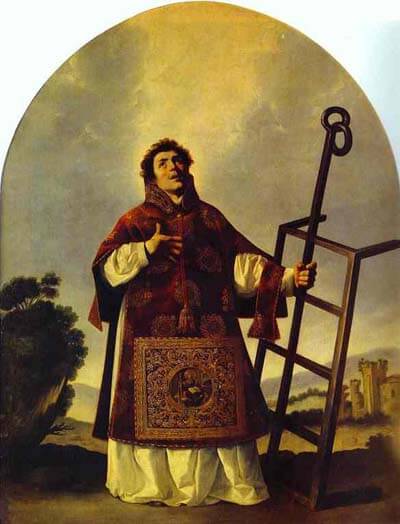