From an Aramaic name that was related to the Hebrew word שָׁלוֹם (shalom) meaning "peace". According to the historian Josephus this was the name of the daughter of Herodias (the consort of Herod Antipas, the tetrarch of Galilee). In the New Testament, though a specific name is not given, it was a daughter of Herodias who danced for Herod and was rewarded with the head of John the Baptist, and thus Salome and the dancer have traditionally been equated.As a Christian given name, Salome has been in occasional use since the Protestant Reformation. This was due to a second person of this name in the New Testament: one of the women who witnessed the crucifixion and later discovered that Jesus' tomb was empty. It is used in Georgia due to the 4th-century Salome of Ujarma, who is considered a saint in the Georgian Church. 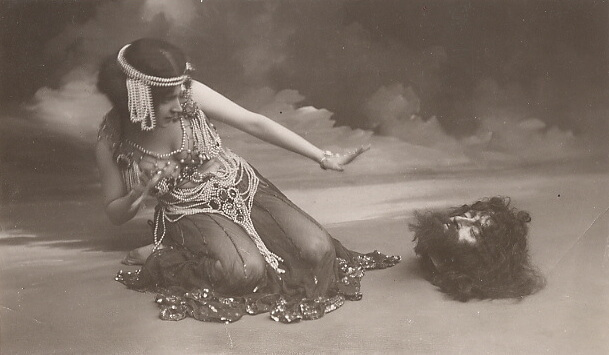