Latinized form of the Greek name Ἀγαθή (Agathe), derived from Greek ἀγαθός (agathos) meaning "good". Saint Agatha was a 3rd-century martyr from Sicily who was tortured and killed after spurning the advances of a Roman official. The saint was widely revered in the Middle Ages, and her name has been used throughout Christian Europe (in various spellings). The mystery writer Agatha Christie (1890-1976) was a famous modern bearer of this name. 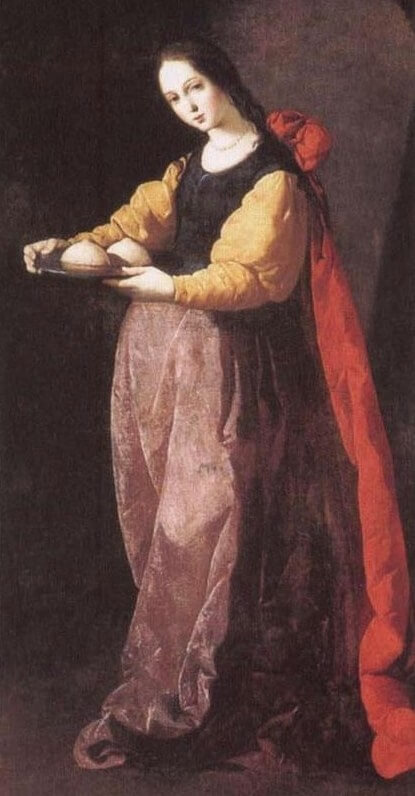