Latinized form of Greek Ἕκτωρ (Hektor), which was derived from ἕκτωρ (hektor) meaning "holding fast", ultimately from ἔχω (echo) meaning "to hold, to possess". In Greek legend Hector was one of the Trojan champions who fought against the Greeks. After he killed Achilles' friend Patroclus in battle, he was himself brutally slain by Achilles, who proceeded to tie his dead body to a chariot and drag it about. This name also appears in Arthurian legends where it belongs to King Arthur's foster father.Hector has occasionally been used as a given name since the Middle Ages, probably because of the noble character of the classical hero. It has been historically common in Scotland, where it was used as an Anglicized form of Eachann. 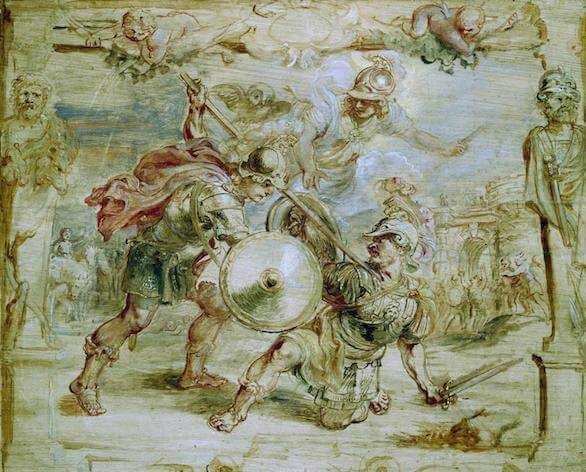 The Death of Hector by Peter Paul Rubens (1635)