From Mélanie, the French form of the Latin name Melania, derived from Greek μέλαινα (melaina) meaning "black, dark". This was the name of a Roman saint who gave all her wealth to charity in the 5th century. Her grandmother was also a saint with the same name.The name was common in France during the Middle Ages, and was it introduced from there to England, though it eventually became rare. Interest in it was revived by the character Melanie Wilkes from the novel Gone with the Wind (1936) and the subsequent movie adaptation (1939). 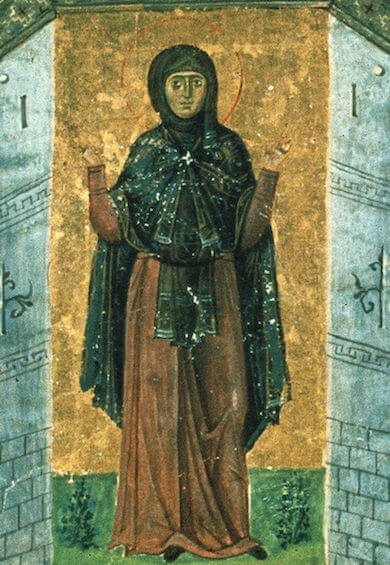 Saint Melania the Younger from a 10th-century miniature