Derived from Latin mirandus meaning "admirable, wonderful". The name was created by Shakespeare for the heroine in his play The Tempest (1611), about a father and daughter stranded on an island. It did not become a common English given name until the 20th century. This is also the name of one of the moons of Uranus, named after the Shakespearean character. 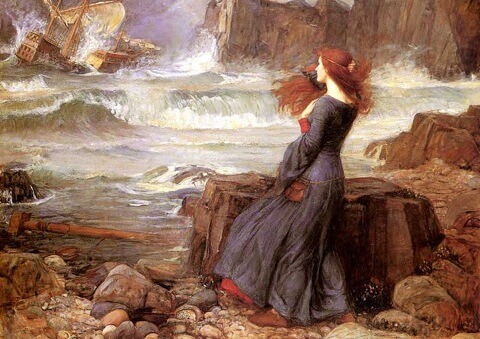 Miranda in an image by John William Waterhouse (1916), based on Shakespeare's play The Tempest