From the Hebrew name מֹשֶׁה (Mosheh), which is most likely derived from Egyptian mes meaning "son", but could also possibly mean "deliver" in Hebrew. The meaning suggested in the Old Testament of "drew out" from Hebrew משה (mashah) is probably an invented etymology (see Exodus 2:10).The biblical Moses was drawn out of the Nile by the pharaoh's daughter and adopted into the royal family, at a time when the Israelites were slaves in Egypt. With his brother Aaron he demanded the pharaoh release the Israelites, which was only done after God sent ten plagues upon Egypt. Moses led the people across the Red Sea and to Mount Sinai, where he received the Ten Commandments from God. After 40 years of wandering in the desert the people reached Canaan, the Promised Land, but Moses died just before entering it.In England, this name has been commonly used by Christians since the Protestant Reformation, though it had long been popular among Jews. 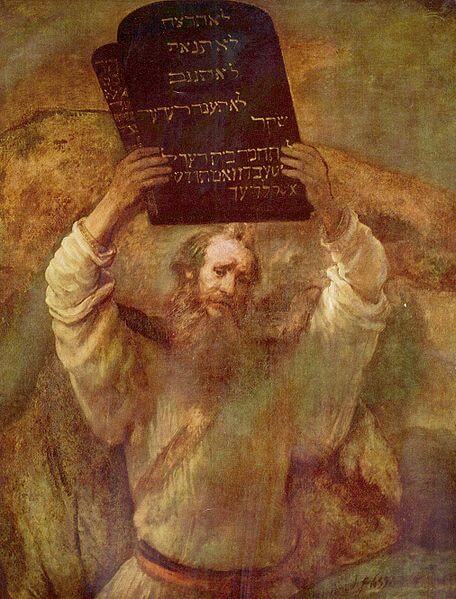 Depiction of Moses by Rembrandt (1659)