Derived from Greek ὠφέλεια (opheleia) meaning "help, advantage". This was a rare ancient Greek name, which was either rediscovered or recreated by the 15th-century poet Jacopo Sannazaro for a character in his poem Arcadia. It was borrowed by Shakespeare for his play Hamlet (1600), in which it belongs to Hamlet's lover who eventually goes insane and drowns herself. In spite of this negative association, the name has been in use since the 19th century. 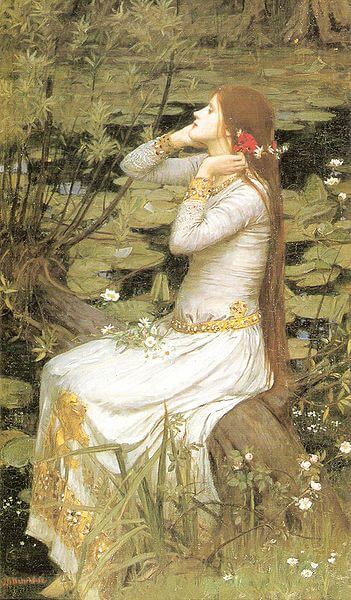