Meaning unknown, probably of Pre-Greek origin, but perhaps related to Greek πέρθω (pertho) meaning "to destroy" and φονή (phone) meaning "murder". In Greek myth she was the daughter of Demeter and Zeus. She was abducted to the underworld by Hades, but was eventually allowed to return to the surface for part of the year. The result of her comings and goings is the changing of the seasons. With her mother she was worshipped in the Eleusinian Mysteries, which were secret rites practiced at the city of Eleusis near Athens. 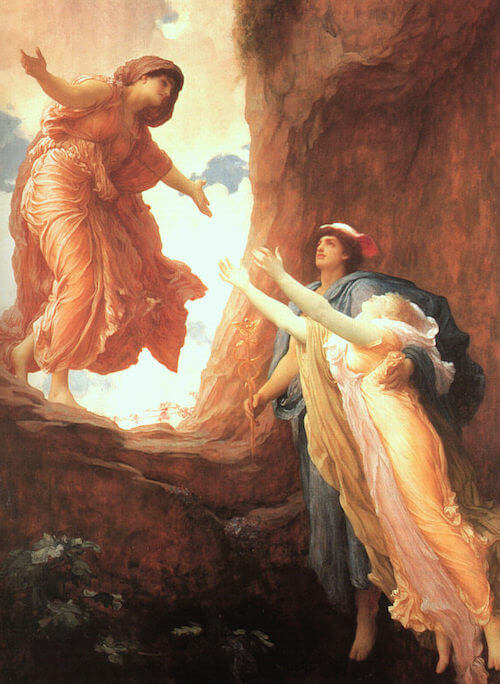 The Return of Persephone by Frederic Leighton (1891)