Latinized form of Habren, the original Welsh name of the River Severn. According to Geoffrey of Monmouth, Sabrina was the name of a princess who was drowned in the Severn. Supposedly the river was named for her, but it is more likely that her name was actually derived from that of the river, which is of unknown meaning. She appears as a water nymph in John Milton's masque Comus (1634). It was popularized as a given name by Samuel A. Taylor's play Sabrina Fair (1953) and the movie adaptation that followed it the next year. 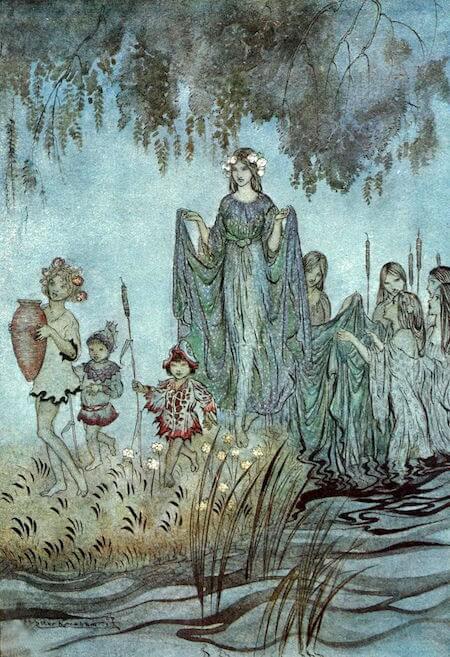