Means "king over warriors" from Gaulish ver "on, over" combined with cingeto "marching men, warriors" and rix "king". This name was borne by a chieftain of the Gaulish tribe the Arverni. He led the resistance against Julius Caesar's attempts to conquer Gaul, but he was eventually defeated, brought to Rome, and executed. 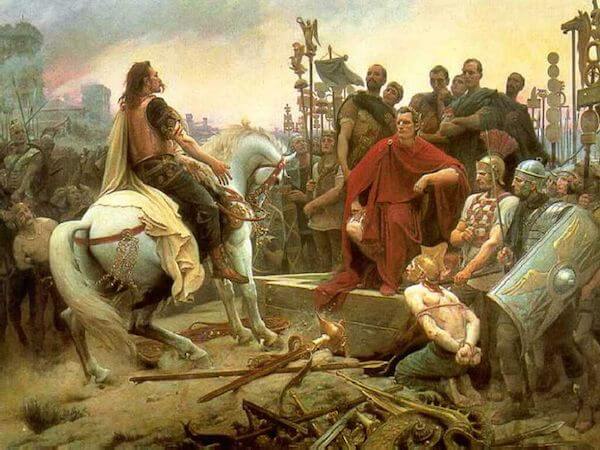