Means "life" in Greek. From early times it was adopted by Hellenized Jews as a translation of EVE. It was borne by two early Christian saints, one martyred under Emperor Hadrian, the other martyred under Diocletian. The name was common in the Byzantine Empire, being borne by a ruling empress of the 11th century.As an English name, Zoe has only been in use since the 19th century. It has generally been more common among Eastern Christians (in various spellings). 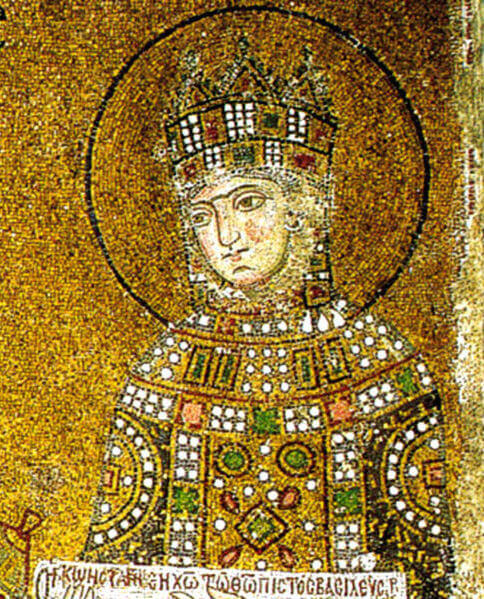 Byzantine empress Zoe, from a mosaic in Hagia Sophia