From the Hebrew name חַוָּה (Chawwah), which was derived from the Hebrew word חָוָה (chawah) meaning "to breathe" or the related word חָיָה (chayah) meaning "to live". According to the Old Testament Book of Genesis, Eve and Adam were the first humans. God created her from one of Adam's ribs to be his companion. At the urging of a serpent she ate the forbidden fruit and shared some with Adam, causing their expulsion from the Garden of Eden.Despite this potentially negative association, the name was occasionally used by Christians during the Middle Ages. In the English-speaking world both Eve and the Latin form Eva were revived in the 19th century, with the latter being more common. 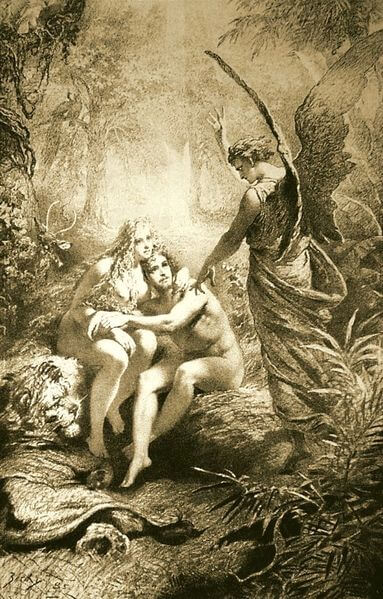 Depiction of Adam and Eve by Mihály Zichy (1861)