Latin alteration of Berenice, the spelling influenced by the ecclesiastical Latin phrase vera icon meaning "true image". This was the name of a legendary saint who wiped Jesus' face with a towel and then found his image imprinted upon it. Due to popular stories about her, the name was occasionally used in the Christian world in the Middle Ages. It was borne by the 17th-century Italian saint and mystic Veronica Giuliani. As an English name, it was not common until the 19th century, when it was imported from France and Scotland. 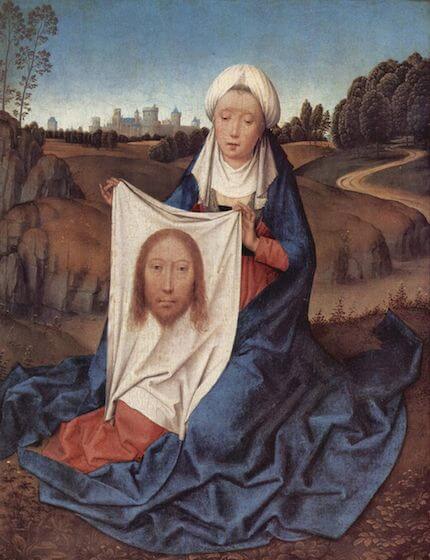