Feminine form of Sabinus, a Roman cognomen meaning "a Sabine" in Latin. The Sabines were an ancient people who lived in central Italy, their lands eventually taken over by the Romans after several wars. According to legend, the Romans abducted several Sabine women during a raid, and when the men came to rescue them, the women were able to make peace between the two groups. This name was borne by several early saints. 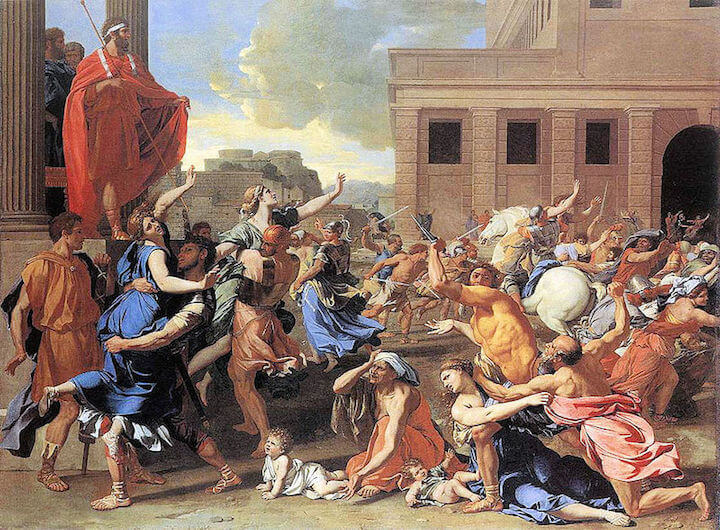 The Abduction of the Sabine Women by Nicolas Poussin (1634)