English form of the Polish name Kazimierz, derived from the Slavic element kaziti "to destroy" combined with miru "peace, world". Four kings of Poland have borne this name, including Casimir III the Great, who greatly strengthened the Polish state in the 14th century. It was also borne Saint Casimir, a 15th-century Polish prince and a patron saint of Poland and Lithuania. The name was imported into Western Europe via Germany, where it was borne by some royalty. 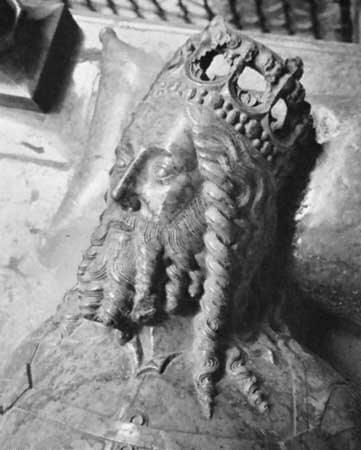 Casimir III the Great as depicted on his sarcophagus