From the Hebrew name דְּבוֹרָה (Devorah) meaning "bee". In the Old Testament Book of Judges, Deborah is a heroine and prophetess who leads the Israelites when they are threatened by the Canaanites. She forms an army under the command of Barak, and together they destroy the army of the Canaanite commander Sisera. Also in the Old Testament, this is the name of the nurse of Rebecca.Long a common Jewish name, Deborah was first used by English Christians after the Protestant Reformation, and it was popular among the Puritans. 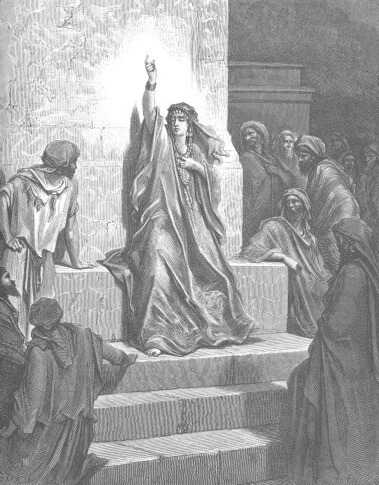 animals, biblical judges, biblical women, insects, nature, never out of the US top 1000, Orthodox saints, prophets, Queer as Folk US characters, Rock and Riot characters, Stephen King characters, Suikoden characters, The Great British Bake Off contestants, The Sopranos characters, top 10 in the US
Entry updated May 29, 2020 ·