Means "ascension" in Hebrew. In the Books of Samuel in the Old Testament he is a high priest of the Israelites. He took the young Samuel into his service and gave him guidance when God spoke to him. Because of the misdeeds of his sons, Eli and his descendants were cursed to die before reaching old age.Eli has been used as an English Christian given name since the Protestant Reformation. A notable bearer was the American inventor of the cotton gin Eli Whitney (1765-1825). 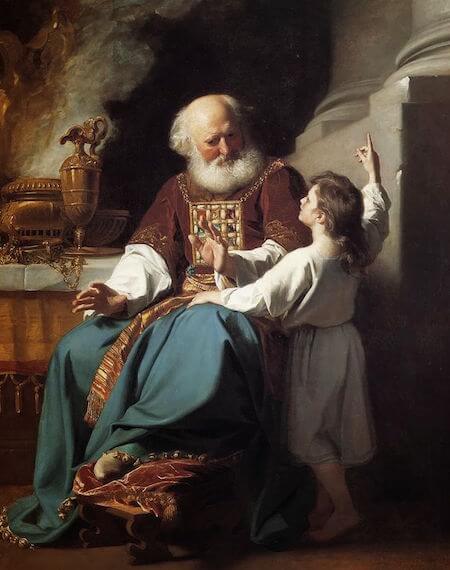 Depiction of Eli and Samuel by John Singleton Copley (1780)

biblical, inventors, never out of the US top 1000, pop music, singers, The Sopranos characters, trendy, Will and Grace characters
Entry updated January 22, 2019 ·