Means "ever ruler", from the Old Norse name Eiríkr, derived from the elements ei "ever, always" and ríkr "ruler, mighty". A notable bearer was Eiríkr inn Rauda (Eric the Red in English), a 10th-century navigator and explorer who discovered Greenland. This was also the name of several early kings of Sweden, Denmark and Norway.This common Norse name was first brought to England by Danish settlers during the Anglo-Saxon period. It was not popular in England in the Middle Ages, but it was revived in the 19th century, in part due to the children's novel Eric, or Little by Little (1858) by Frederic William Farrar. 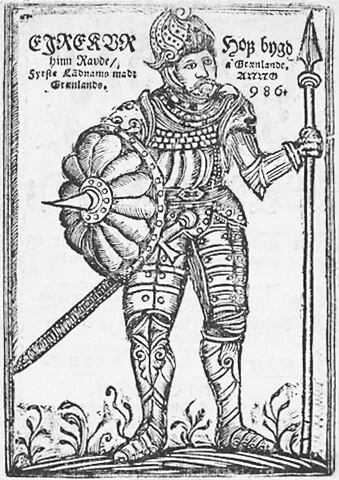 17th-century depiction of Eric the Red