From the Greek name Ὅμηρος (Homeros), derived from ὅμηρος (homeros) meaning "hostage, pledge". Homer was the Greek epic poet who wrote the Iliad, about the Trojan War, and the Odyssey, about Odysseus's journey home after the war. There is some debate about when he lived, or if he was even a real person, though most scholars place him in the 8th century BC. In the modern era, Homer has been used as a given name in the English-speaking world (chiefly in America) since the 18th century. This name is borne by the cartoon father on the television series The Simpsons. 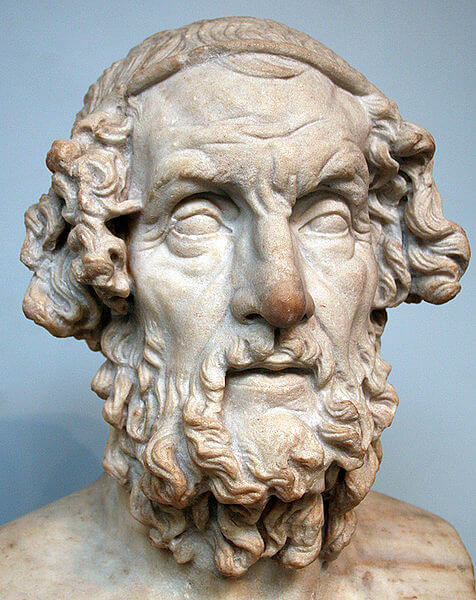 Bust of Homer, from the 2nd century BC