From the Germanic name Mahthildis meaning "strength in battle", from the elements maht "might, strength" and hild "battle". Saint Matilda was the wife of the 10th-century German king Henry I the Fowler. The name was common in many branches of European royalty in the Middle Ages. It was brought to England by the Normans, being borne by the wife of William the Conqueror himself. Another notable royal by this name was a 12th-century daughter of Henry I of England, known as the Empress Matilda because of her first marriage to the Holy Roman emperor Henry V. She later invaded England, laying the foundations for the reign of her son Henry II.The name was very popular until the 15th century in England, usually in the vernacular form Maud. Both forms were revived by the 19th century. This name appears in the popular Australian folk song Waltzing Matilda, written in 1895. 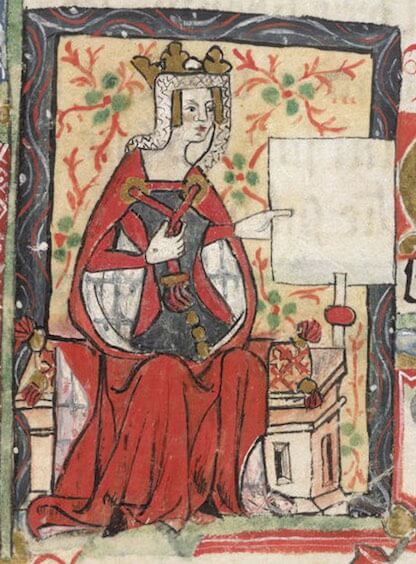 Depiction of the Empress Matilda, daughter of Henry I of England