Form of the Welsh name Myrddin (meaning "sea fortress") used by Geoffrey of Monmouth in his 12th-century Arthurian tales. Writing in Latin, he likely chose the form Merlinus over Merdinus in order to prevent associations with French merde "excrement".Geoffrey based parts of Merlin's character on Myrddin Wyllt, a semi-legendary madman and prophet who lived in the Caledonian Forest. Other parts of his life were based on that of the historical 5th-century Romano-British military leader Ambrosius Aurelianus. In Geoffrey's version of the tales and later embellishments Merlin is a wizard and counselor for King Arthur. 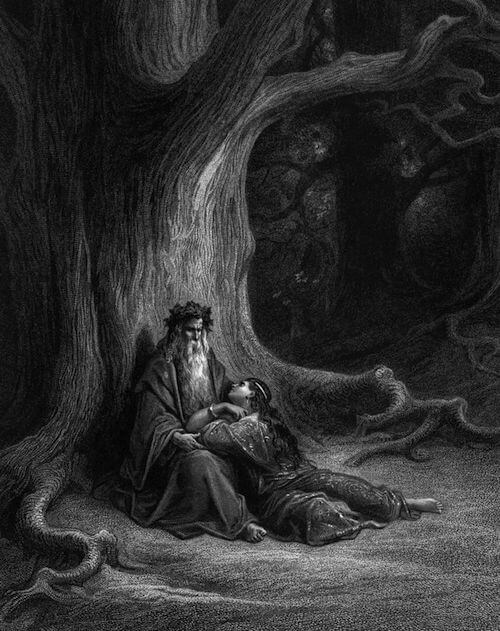 Depiction of Merlin and Vivien by Gustave Doré (1875)