Means "famous spear" from the Germanic elements hrod "fame" and ger "spear". The Normans brought this name to England, where it replaced the Old English cognate Hroðgar (the name of the Danish king in the Anglo-Saxon epic Beowulf). It was a common name in England during the Middle Ages. By the 18th century it was rare, but it was revived in following years. The name was borne by the Norman lords Roger I, who conquered Sicily in the 11th century, and his son Roger II, who ruled Sicily as a king. 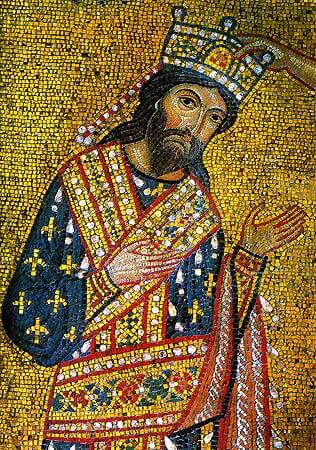