Greek form of the Aramaic name תָּאוֹמָא (Ta'oma') meaning "twin". In the New Testament this is the name of an apostle. When he heard that Jesus had risen from the dead he initially doubted the story, until Jesus appeared before him and he examined his wounds himself. According to tradition he was martyred in India. Due to his renown, the name came into general use in the Christian world.In England the name was introduced by the Normans and became very popular due to Saint Thomas Becket, a 12th-century archbishop of Canterbury and martyr. It was reliably among the top five most common English names for boys from the 13th to the 19th century, and it has remained consistently popular to this day.Another notable saint by this name was the 13th-century Italian philosopher and theologian Thomas Aquinas, who is regarded as a Doctor of the Church. Other famous bearers include philosopher Thomas Hobbes (1588-1679), American president Thomas Jefferson (1743-1826), novelist Thomas Hardy (1840-1928), and inventor Thomas Edison (1847-1931). 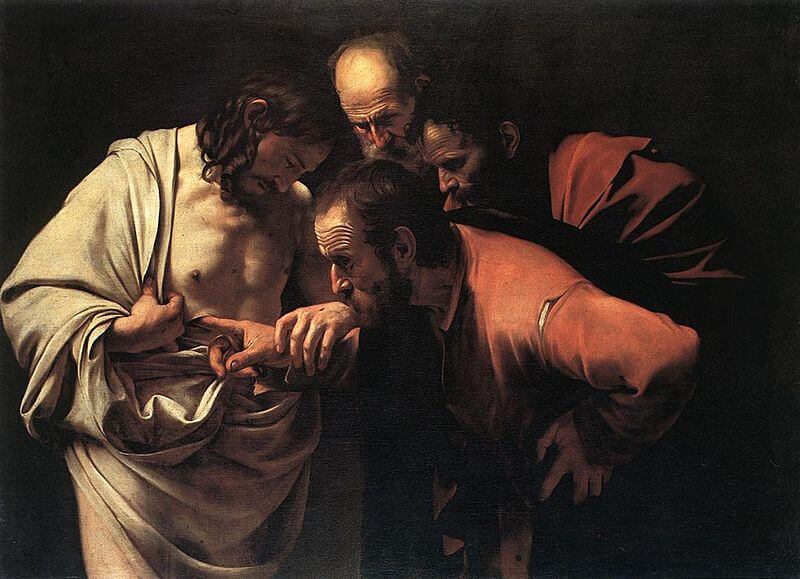 Incredulity of Saint Thomas by Caravaggio (1602)