From the Greek name Στέφανος (Stephanos) meaning "crown, wreath", more precisely "that which surrounds". Saint Stephen was a deacon who was stoned to death, as told in Acts in the New Testament. He is regarded as the first Christian martyr. Due to him, the name became common in the Christian world. It was popularized in England by the Normans.This was the name of kings of England, Serbia, and Poland, as well as ten popes. It was also borne by the first Christian king of Hungary (11th century), who is regarded as the patron saint of that country. More recent bearers include British physicist Stephen Hawking (1942-2018) and the American author Stephen King (1947-). 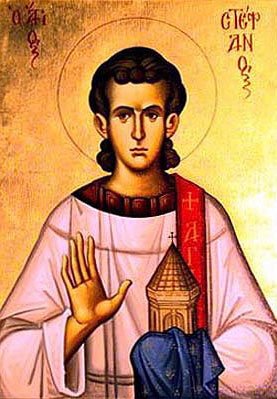