The meaning of this name is unknown. It could be derived from the Celtic elements artos "bear" combined with viros "man" or rigos "king". Alternatively it could be related to an obscure Roman family name Artorius.Arthur is the name of the central character in Arthurian legend, a 6th-century king of the Britons who resisted Saxon invaders. He may or may not have been based on a real person. He first appears in Welsh poems and chronicles (perhaps briefly in the 7th-century poem Y Gododdin and more definitively and extensively in the 9th-century History of the Britons by Nennius [1]). However, his character was not developed until the chronicles of the 12th-century Geoffrey of Monmouth [2]. His tales were later taken up and expanded by French and English writers.The name came into general use in England in the Middle Ages due to the prevalence of Arthurian romances, and it enjoyed a surge of popularity in the 19th century. Famous bearers include German philosopher Arthur Schopenhauer (1788-1860), mystery author and Sherlock Holmes creator Arthur Conan Doyle (1859-1930), and science-fiction author Arthur C. Clarke (1917-2008). 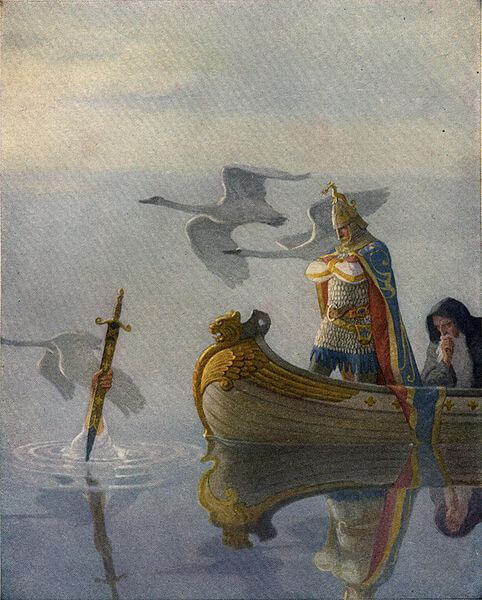