From a Cornish form of the Welsh name Gwenhwyfar (see Guinevere). This name has only been common outside of Cornwall since the beginning of the 20th century, after it was featured in George Bernard Shaw's play The Doctor's Dilemma (1906). It barely ranked in the United until the late 1930s, when it began steadily growing in popularity, accelerating into the early 1970s. It was the most popular name for girls in America between 1970 and 1984, though it was not as common in the United Kingdom.Famous bearers include actress Jennifer Aniston (1969-) and singer/actress Jennifer Lopez (1969-). 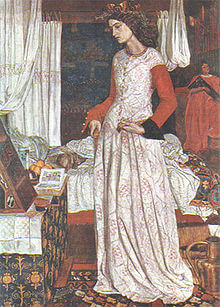